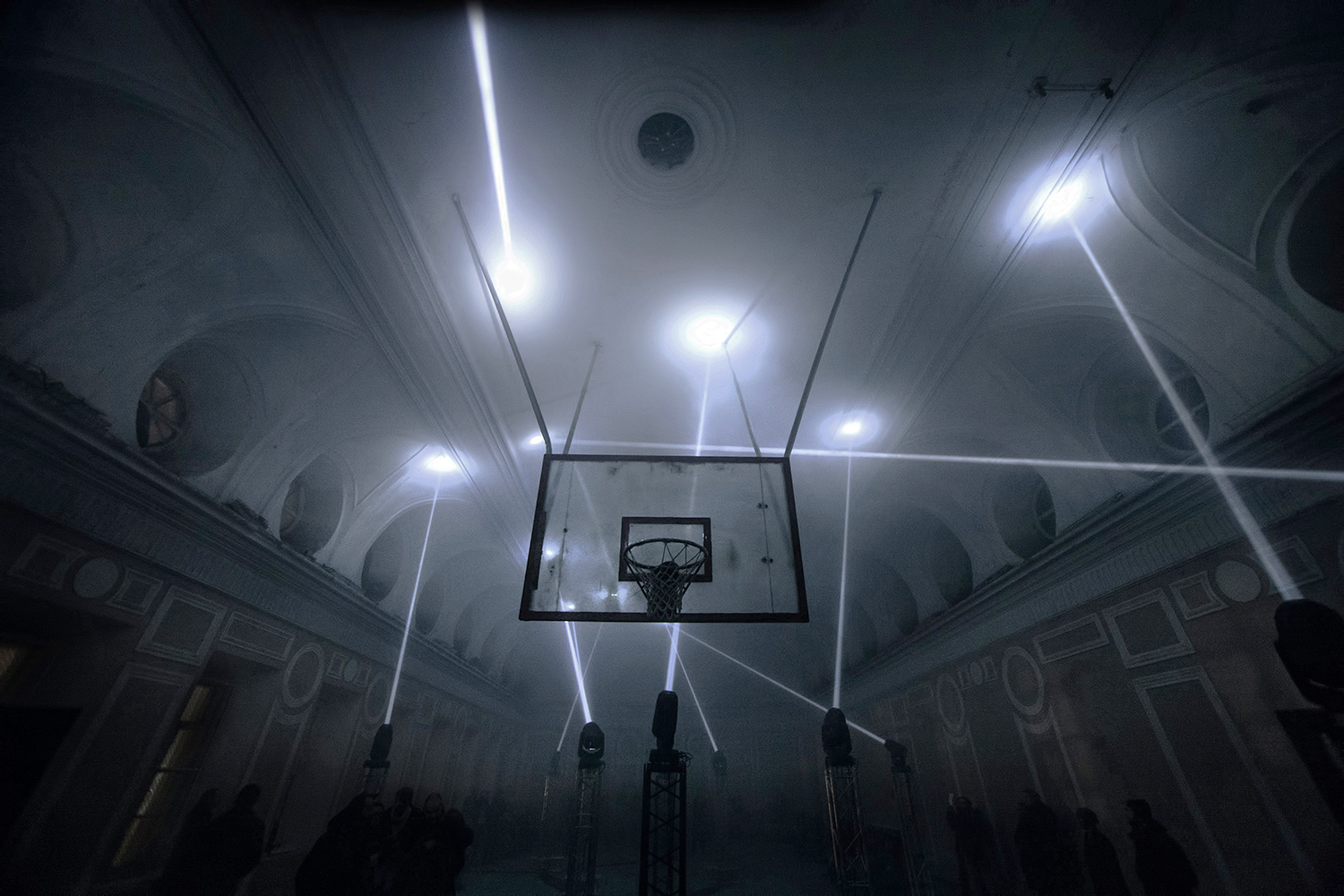 "Hyperjump" was created as a site-specific work for one of the halls of the former First Cadets Corps, which is now being reconstructed as a study spaces of Saint-Petersburg State University. The nineteenth-century hall has a sports ground with a basketball court , built here in a soviet time.
"Hyperjump" explores the idea, set by this paradoxical combination: the basketball court, representing the physicality, we have from the nature, together with the architecture of the classicism period, the symbol of the human rationality.
25 moving head light beams on a truss stands and a powerful sound system were installed along the hall. While the light sculpture started to move, the electronic light devices came to life, turning into the actors themselves, bringing the light, shut in the strict geometry back, to its unpredictable nature. 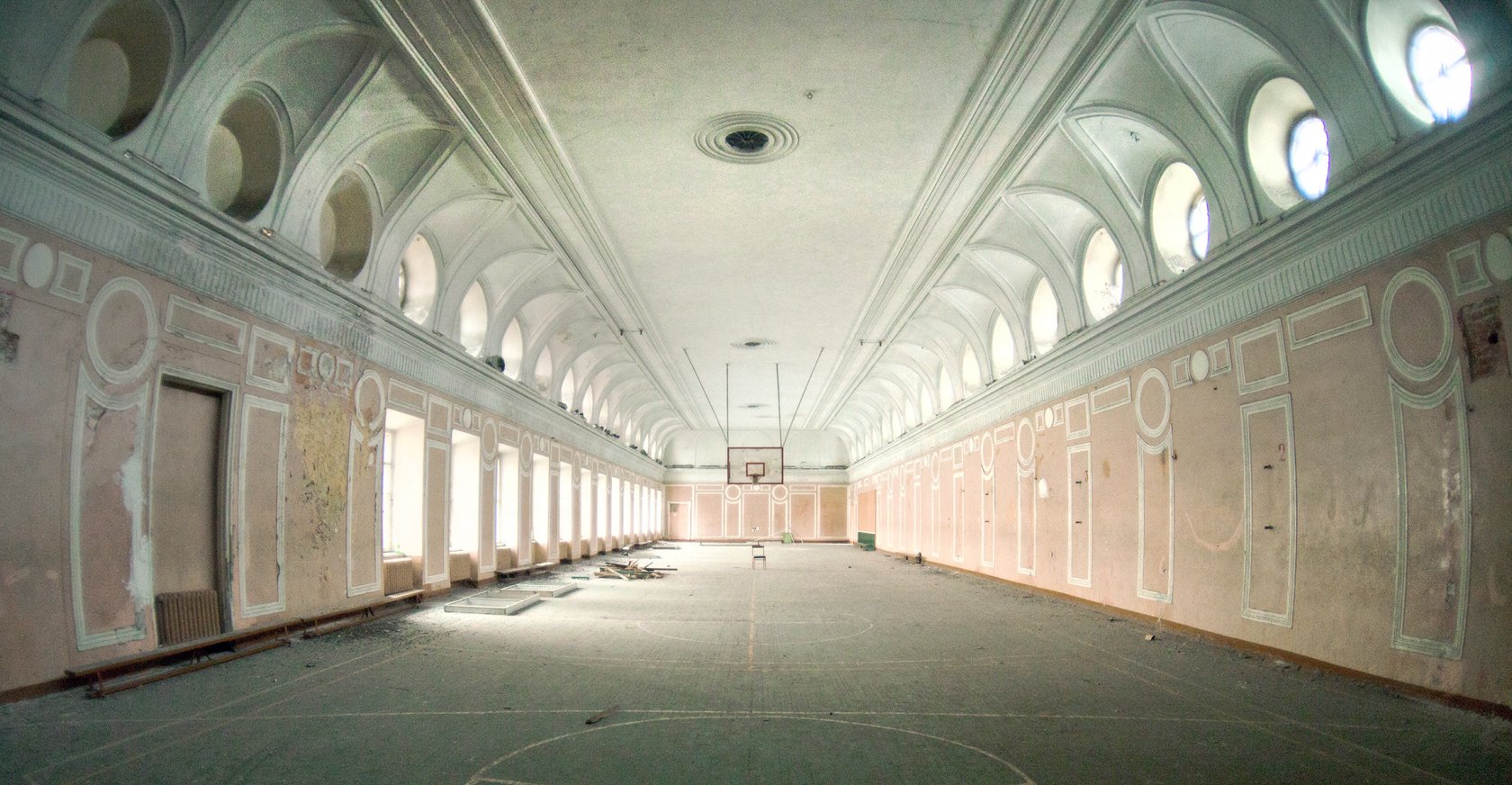